To practically gauge the success or failure of a pay per click account, advertisers need to understand certain metrics and what they mean. Here is a simplified account on pay per click campaign optimization, focused on three factors – keyphrases, ads, and landing pages – and three metrics – click-through rate, cost per click, and conversion rate.

Good accounts optimize keyphrases, ads, and landing pages. This is somewhat of an abbreviation for different reasons. For example, “keyphrases” could more accurately be referred to as “keyphrase matches,” since an ad gets shown for different query matches and not necessarily different keyphrases, and ads and landing pages could have broken into more elements, since these terms encompass separate important factors. These three elements, however, provide a good basis.

Advertisers who are looking to improve their campaign’s CTR and who have a profitable conversion rate are trying to get their ads to do more work for them, getting more users to the landing page and potentially reducing costs in Adwords. Advertisers may also use CTR as a general indicator of a landing page’s conversion rate. Roughly, if an ad accurately describes what is on a landing page, this might be an acceptable addition, but advertisers really should not rely on this assumption. CTR and conversion rate should be treated as independent metrics. Advertisers may also try to improve CTR to reduce costs in AdWords since this is a factor in an ad’s quality score. The relationship here is also complicated. Typically, the goal is to find more specific or less competitive keyphrases, or write better ad text.

For most pay per click programs, cost per click is practically synonymous with bid. Google AdWords complicates this picture with the quality score. Advertisers can reduce their average CPC without lower bids by improving click-through rates, making good landing pages, and writing good ads.

If an advertiser has a non-profitable keyphrase-ad-landing page combination, he / she may choose to try to lower his / her CPC. The easiest and best way to do this, even in Adwords, is to lower bids. An advertiser in AdWords could then try to increase their quality score from a profitable position, increasing their bid if the quality score is improved enough to make higher positions more profitable.

An advertiser with a profitable keyphrase-ad-landing page combination may choose to raise their CPC to make the combination more profitable. When doing this, the advertiser should assume that being in a higher ranking position will not increase conversion rates. There are arguments against this. There are arguments that being in a lower ranking position will increase conversion rates because the user is more likely to be browsing ad text to find what they really want instead of just clicking on the first thing he / she sees. Typically, it is best to encompass that CPC and conversion rates are independent metrics. A lot of companies with stars in their eyes, wishing to be number one for their industry term and looking to increase traffic forget this. Sometimes (most of the time because the bidding systems in AdWords and Overture cause people to overbid), it is more profitable to be in a lower position. Unless there is some other value that is not represented in the numbers (brand recognition might have a value that is not represented in conversion calculations), an advertiser should look to see what CPC maximizes profits and not pay attention to the voice in their head that says they should be number one. Pay per click advertising is (could be even more if AdWords released the details of their ranking system) very mathematical. In a world where people had time and energy, algorithms could probably be created to find ideal bids by taking profit as a function of bids and finding the bid that maximizes profit (using calculus). If there was a bid management tool that did this, I would buy it right quick.

Keyphrases, ads, and landing pages all affect conversion rates. An advertiser should always be trying to improve conversion rates. This statement needs some qualification. An advertiser can often increase conversion rates by writing ad text that qualifies the user as someone who is more likely to make a transaction – essentially lowering click through rates. If a keyphrase-ad-landing page combination is unprofitable, this is a good strategy. If a keyphrase-ad-landing page combination is profitable, this might not be a good strategy. In this case increasing the conversion rate could increase return on investment, but decrease overall profit. Similar reason exists for keyphrases. An advertiser could be missing out on good advertising opportunities if they are too selective, not broad enough, in their keyphrase list.

This aside, given constant keyphrases and ads, an advertiser should always be modifying a site to increase conversion rates. This means creating content that is directly relevant to what the user is searching for and easing the transaction process. This entailing establishing trust with the user and making the user confident that he / she is getting what they want at a cost that is better than what they’d get anywhere else.

Conversion rate, cost per click, and click-through rate are three major metrics to gauge the success of or to improve a pay per click campaign. Most advertisers do not look at these metrics correctly or get sucked into the belief that they’re interdependent. These metrics should be treated separately for increasing the profitability of a campaign. How they should be treated depends on the profitability of the campaign’s keyword-ad-landing page combinations.

[ad_1] A strategic plan for marketing your brand begins with your online presence. Your core virtual real estate can be a website with a home…

[ad_1] So you make a delicious pizza and decided to open a business.  Now what?  How does a customer find you? Pay Per Click is… 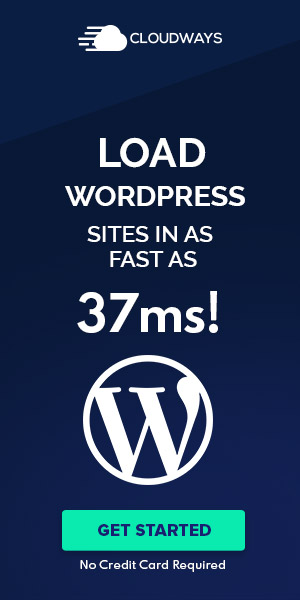